X
This site uses cookies to provide and improve your shopping experience. If you want to benefit from this improved service, please opt-in.
More Info
Accept Cookies
FREE Next Day Delivery Over £50
Trustpilot Reviews
Pay In Instalments

Doona is a Group 0+ Car Seat that turns into a pram. You can even take it on the plane with you. Suitable from birth, Doona car seats have a legion of celebrity fans including Coleen Rooney and Ferne McCann. The world's first car seat with integrated wheels, it gets you on your way in safety and style.

What is a Doona car seat UK?

It's a Group 0+ Car Seat with integrated wheels. Basically, you can pop it into the back of the car, then when you reach your destination, pop out the wheels and off you go. Because there's no chassis to fold or seat to remove, you can be on your way in well under a minute. As a result, it's very easy to use and great if you always seem to be short on time! Plus, because you don't have to unstrap your baby to put them in a pushchair, it allows you to extend baby's naps too. Of course, this is the same benefit of having a Pushchair Travel System - except that with the Doona, you don't have to unfold and construct the pushchair when you reach your destination. 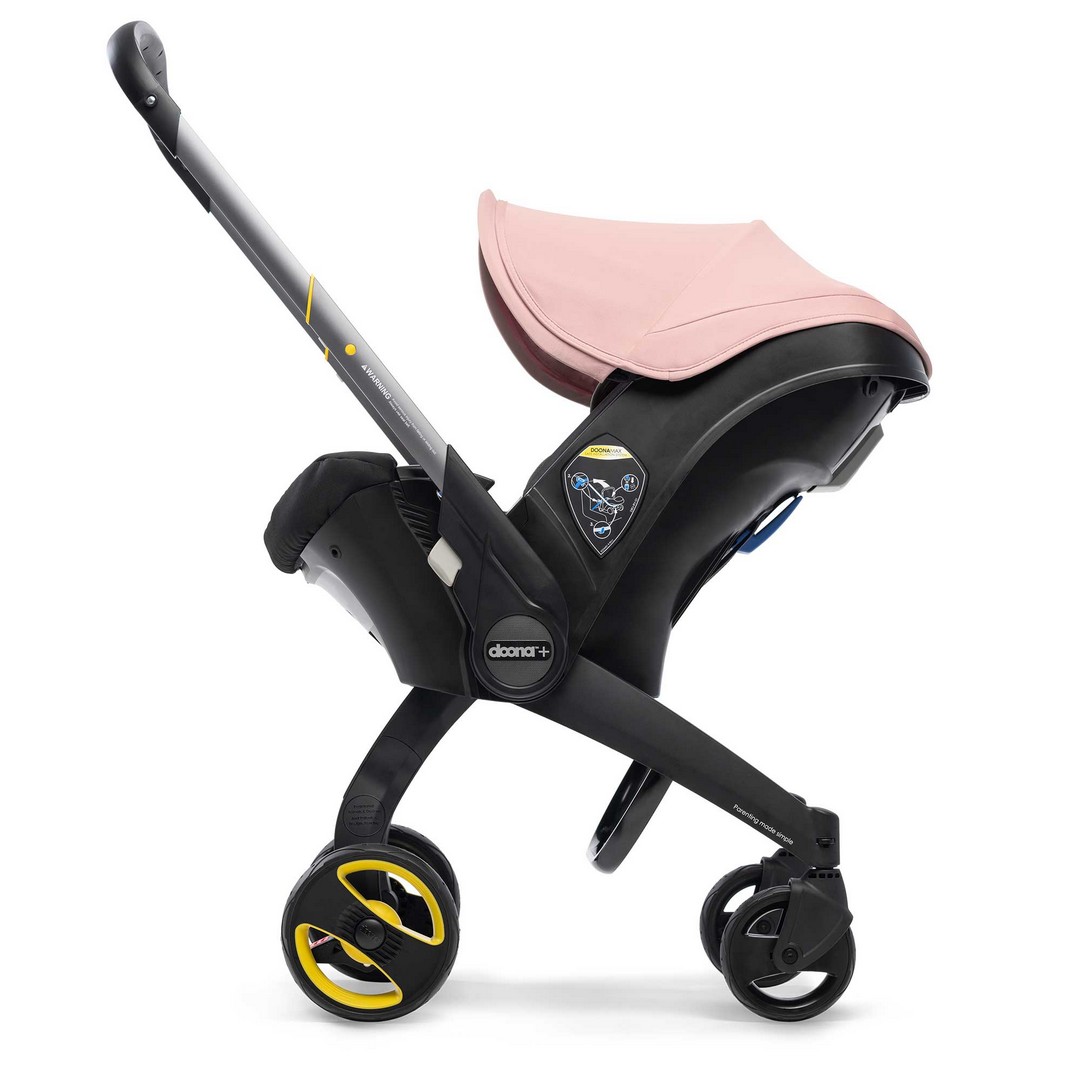 What's behind the name?

The brand is named after the manufacturer's daughter, Danielle, affectionately known as 'Doona.'

Yes. The Doona has been tested to ECE R44, which is the same standard that all infant carriers must conform to. Not only that: it's also been tested for all the relevant standard for pushchairs and reclined cradles. So regardless of which mode you use (car seat, pushchair or reclined seat) you can be sure that it's safe. Not only this, the brand's manufacturer, Simple Parenting, went beyond the standard safety tests to see how it performed in higher speed crashes and in freezing conditions. And it passed all these too.

Can I take Doona on a plane?

You certainly can. This clever car seat is TUV and FAA Aircraft Approved. This means you can carry your little one on board, then strap her into the plane seat for the whole of your flight. We like the fact that you can go from your house to the airport and onward to your destination without having to carry a separate car seat and stroller.

Is there a Doona ISOfix base?

Yes. This is only compatible with the Doona car seat. It comes with ISOfix rods - which hook into the connectors in your vehicle - and an adjustable support leg, which sits on the vehicle floor. Together, they provide even greater stability when fitting the car seat into your car.

Can I get a Doona rain cover?

What colours are available?

Are Doonas worth it?

It's the only car seat in the world to have integrated wheels, which makes it pretty special. Its fans - which include a healthy glut of celebrities - are testament to its time saving capabilities. But it's not just for global jet setters. If you use the car regularly to get to places or travel a lot on public transport, then we can definitely see the attraction. Of course, you'll still need to update to a larger car seat once your baby outgrows the Doona. That's around 13kg, which is the same as for any Group 0+ Car Seat. If you're looking to progress to the next car seat, then we have lots to choose from. Shop Group 1 Car Seats.