Suitable for use from birth to 18kg, approximately 0-4 years, the Joie Spin 360 0+/1 Car Seat is great for parents wanting a hassle-free time when putting their little one into the car. The Joie Spin 360 Car Seat spins a full 360 degrees, allowing the child inside to switch between rear and forward facing in the click on a button. 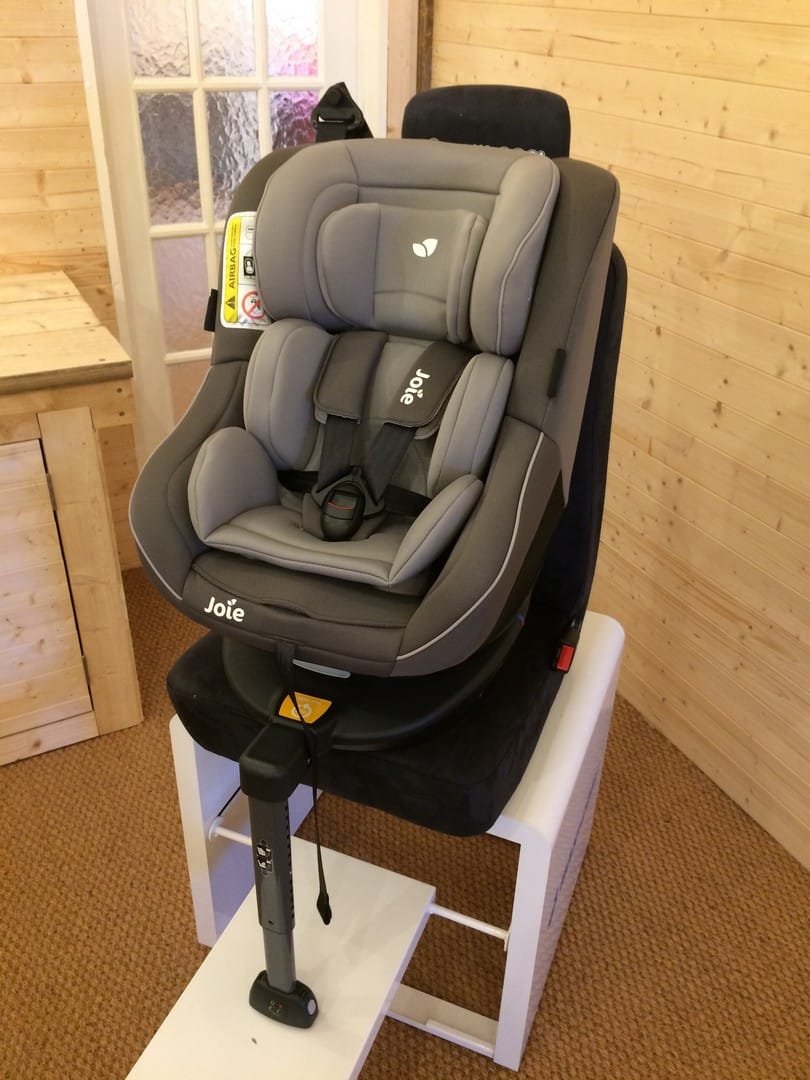 A brilliant feature of the Joie Spin 360 Car Seat is it’s ability to face rearwards and forwards with the push of a button and spin of the seat unit. This seat can spin (and we mean spin!) a total of 360 degrees. 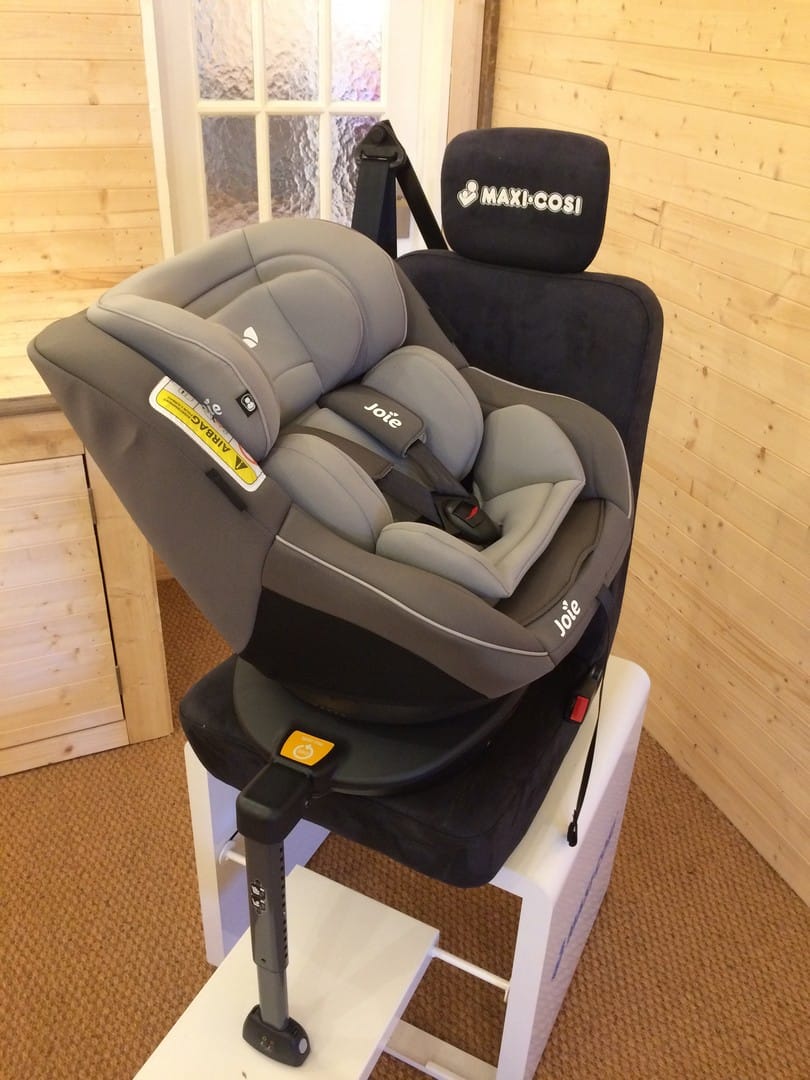 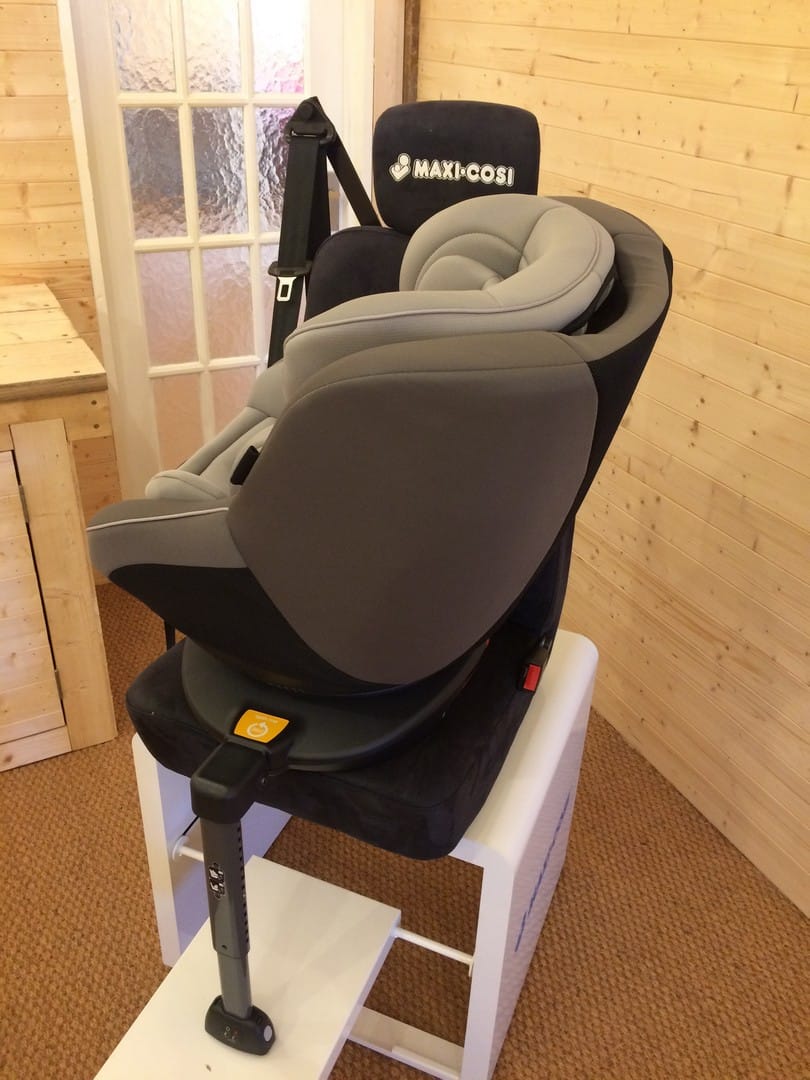 Car Seat rotated to the face the car door

There is a button located underneath the child’s feet which, when pressed, allows the seat to spin freely. It can spin in either direction so doesn’t matter where itself installed in the vehicle and lets you put your child into the seat from the side. No more trying to pick them up and over the seat sides! 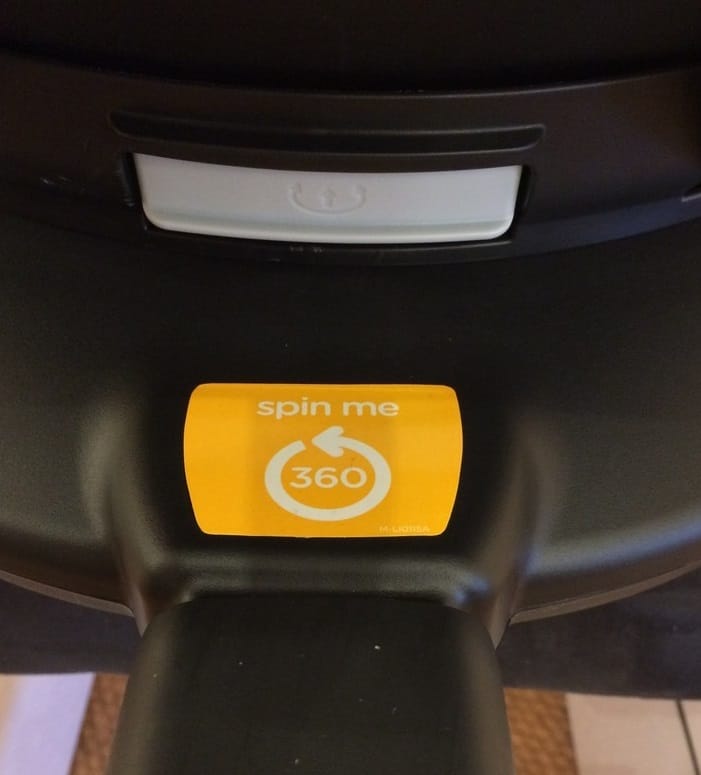 The 5-point safety harness comes with a buckle pad and anti-slip shoulder pads. All pieces of the harness come together and come undone in one click. 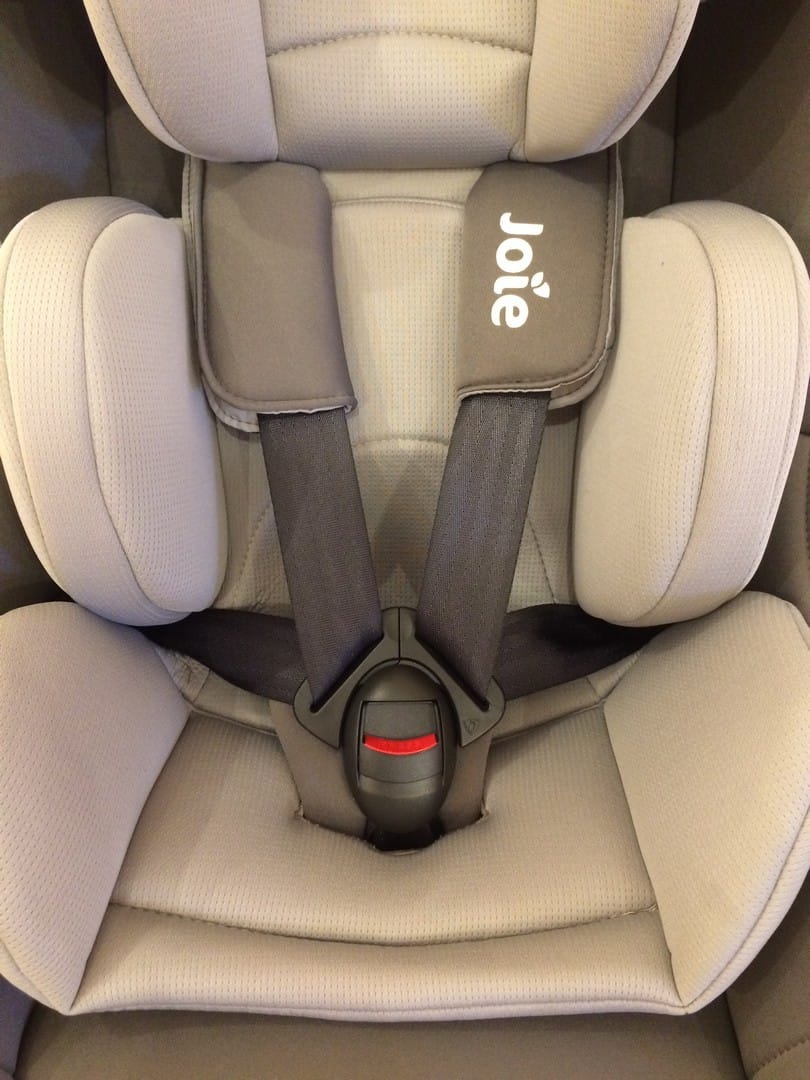 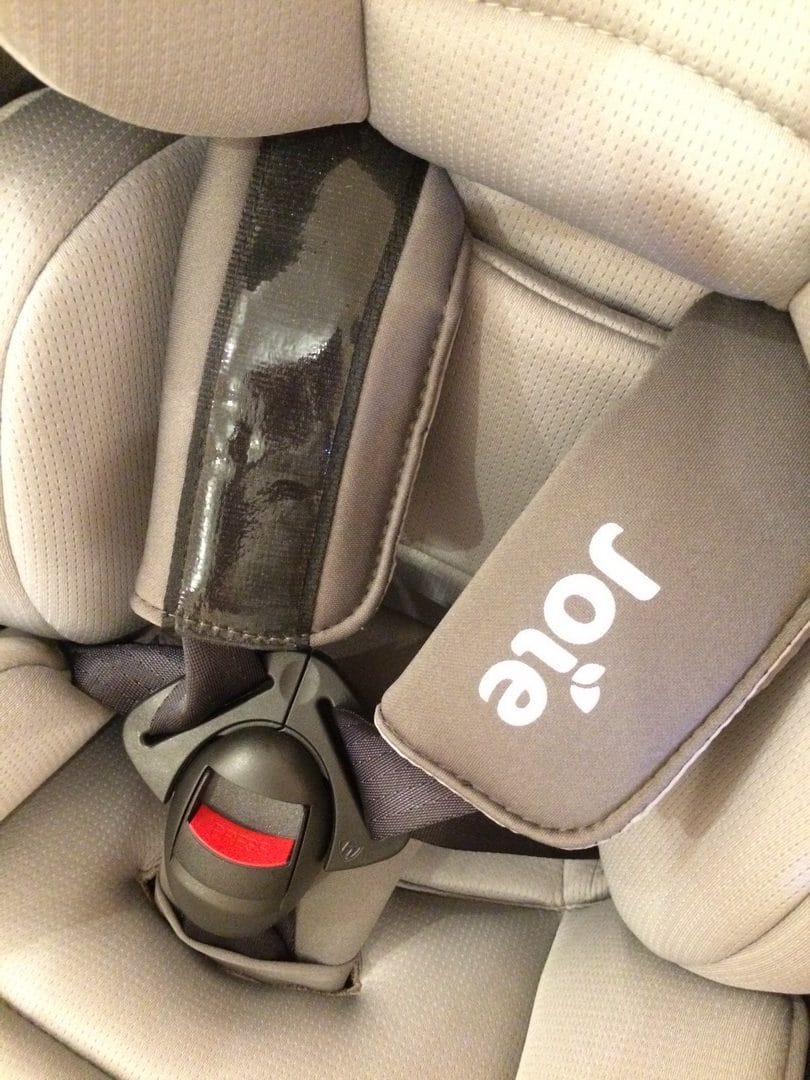 The sides of the seat have all round ventilation and there are a possible 5 recline positions, whichever way the seat if facing. 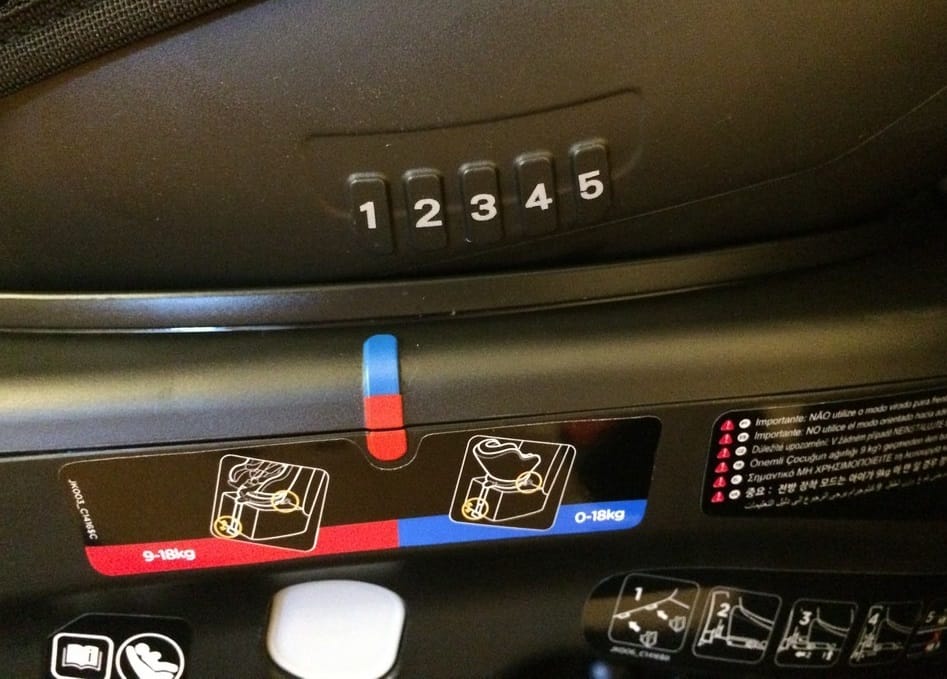 Also, the headrest has 6 height positions and ‘grows’ with the harness. This means that whenever the headrest height is adjusted, the harness automatically adjusts too. Requiring no re-threading at any stage. 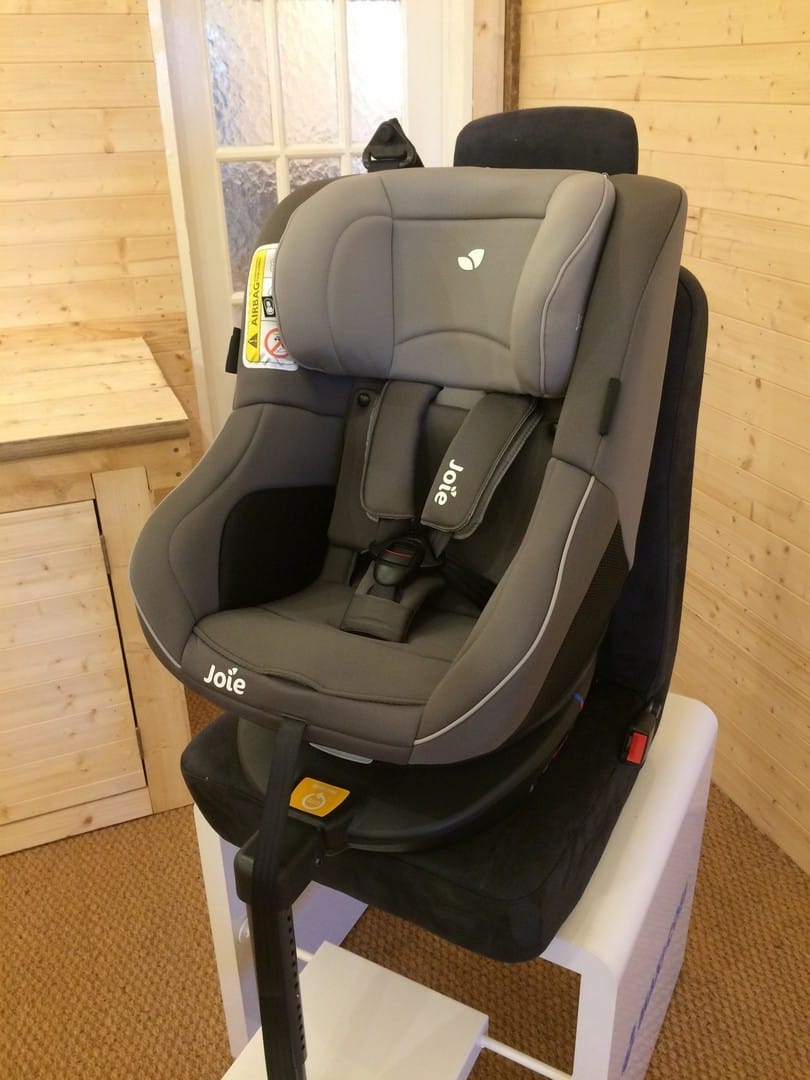 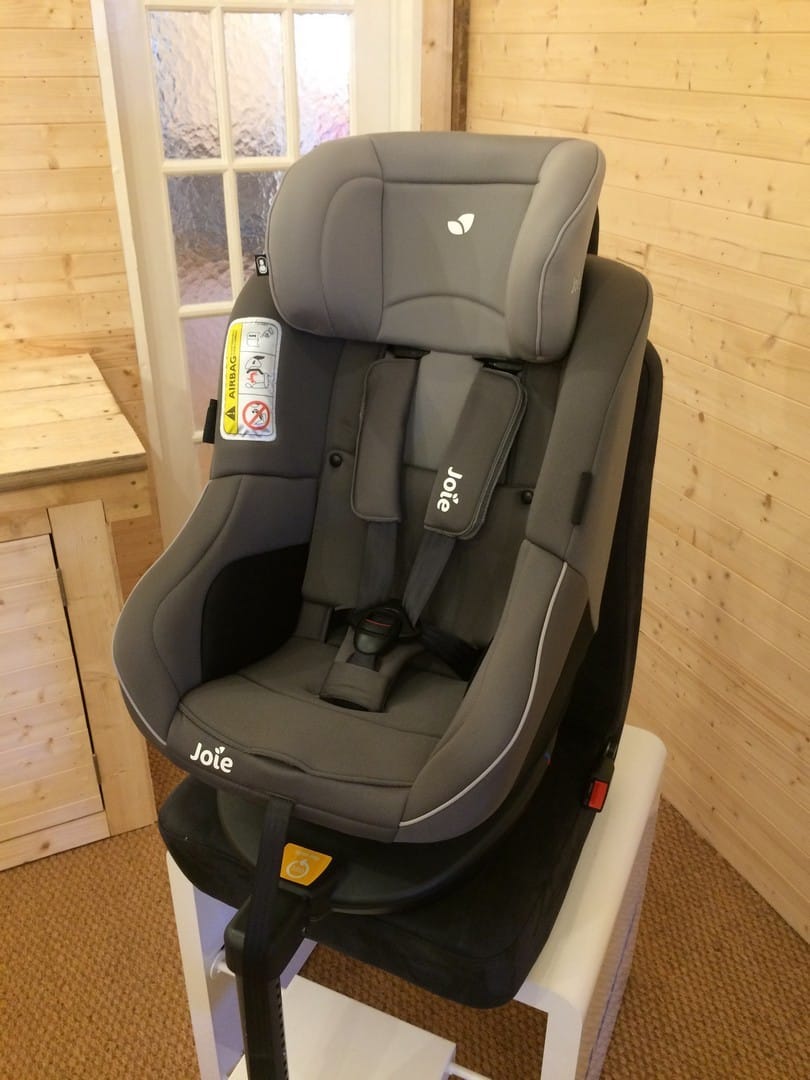 Extra pockets on either side of the Joie Spin 360 Car Seat provide a place to keep the harness out of the way whilst putting a child inside. 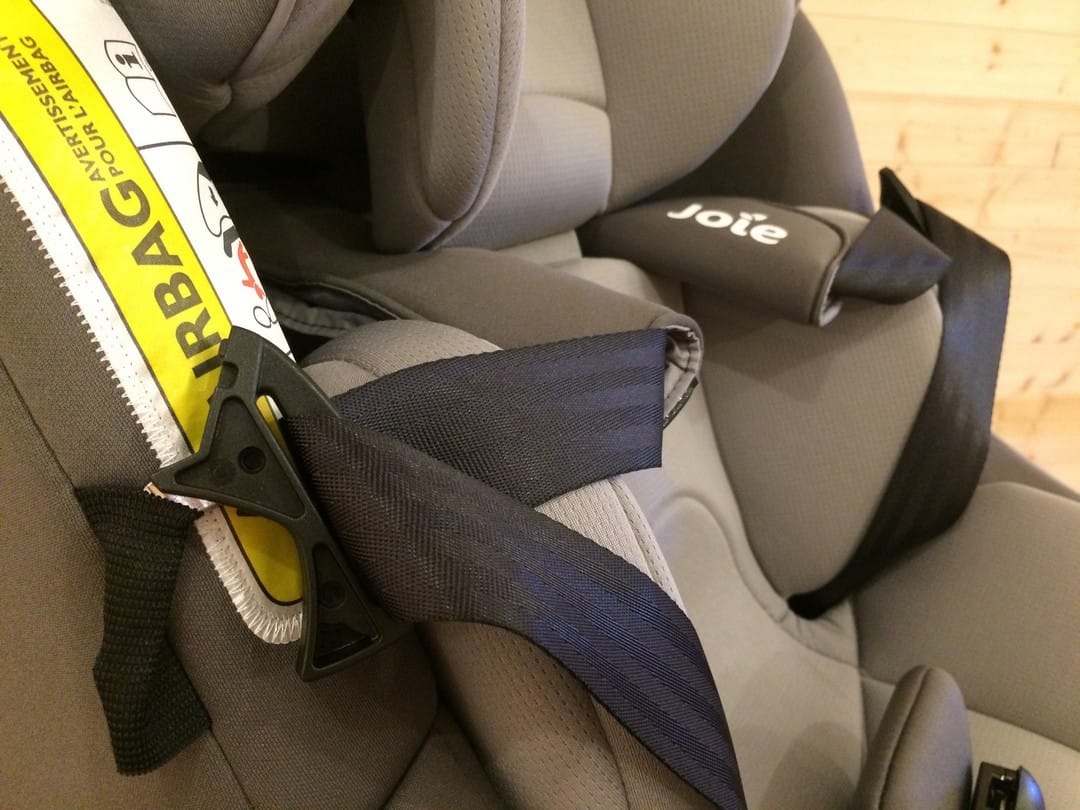 The seat is both a Group 0+ and 1 car seat that is suitable for use from birth to 18kg, approximately 0 – 4 years. This car seat keeps your child rearward facing for longer, which is the safest facing position a child should sit. Due to this and the use of ISOfix installation points, you can tell that safety and practicality have been at the forefront the design for the Joie Spin 360 Car Seat. 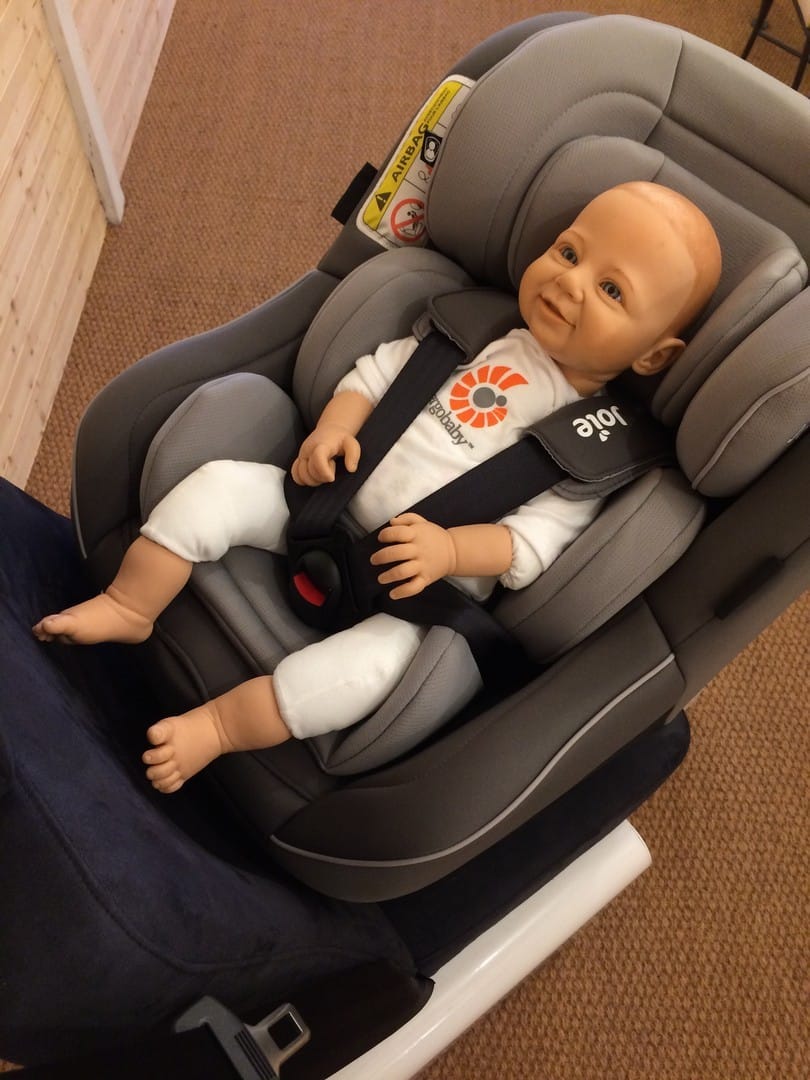 Included with the car seat is also a 3-piece infant insert. This is easily removable and can be used in a variety of combinations as your child grows. Not only does it provide extra support to your little ones head, neck and back, but it also creates a snug and comfortable environment. 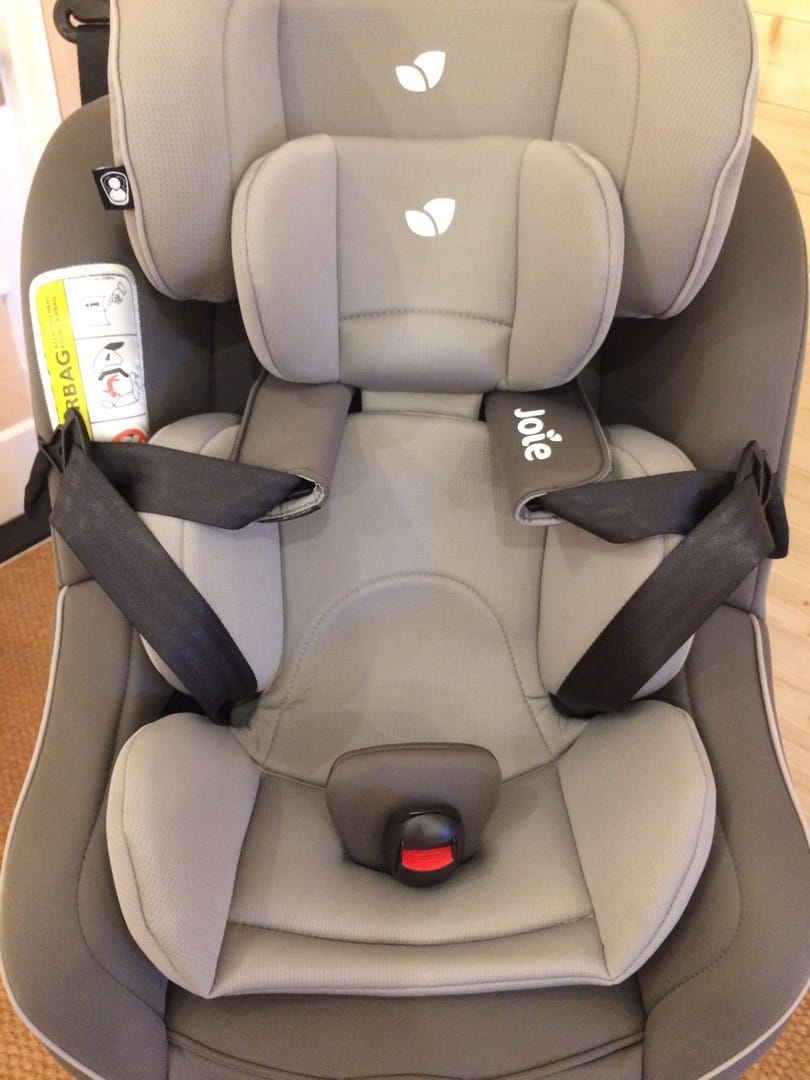 No matter the direction that you wish the car seat to face, there is one way to install. Once installed, the car seat can be spun in either direction to either front or rear facing. There are two possible facing modes:

To install the car seat you need to first extend the load leg and ISOfix connectors. Next, align the connectors and push them into the vehicle’s ISOfix points until the indicators turn green. This confirms that the ISOfix connectors are correctly installed, leaving you with peace of mind. 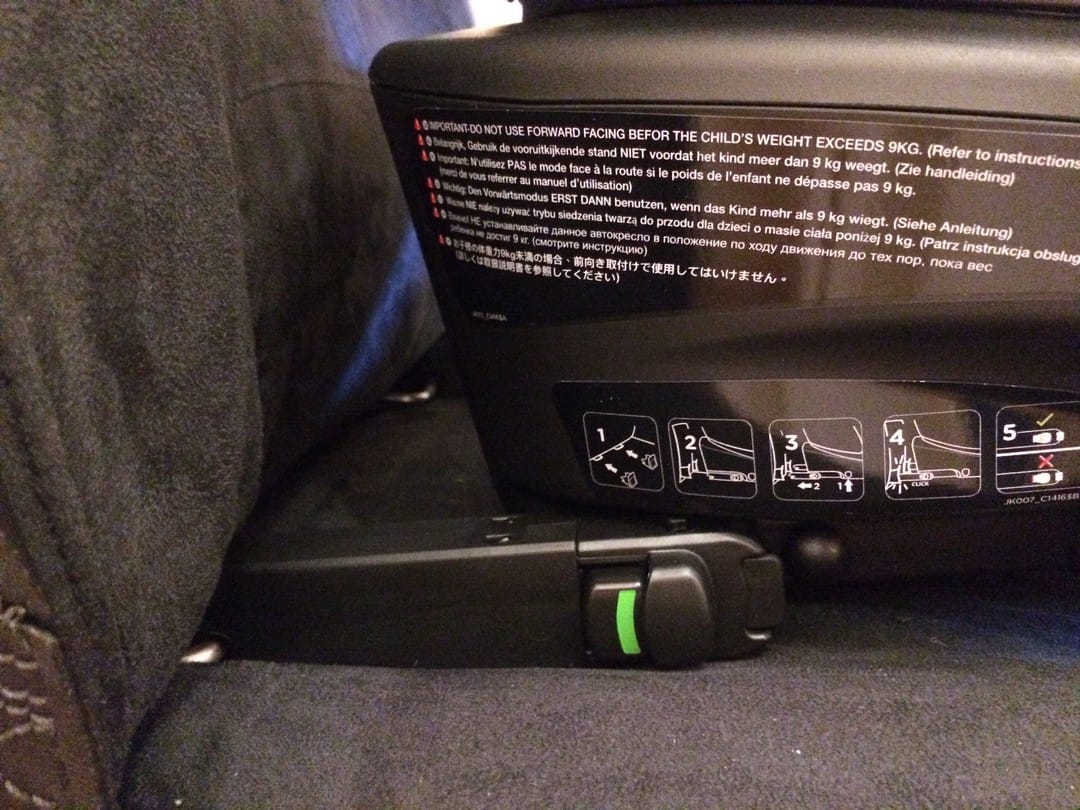 After this, extend the load leg using the grey button located either side until the indicators also turn green. The car seat is then installed. There are different 10 ISOfix positions, so depending on the height of your child, you can alter the amount of leg room your little one has when rear-facing. 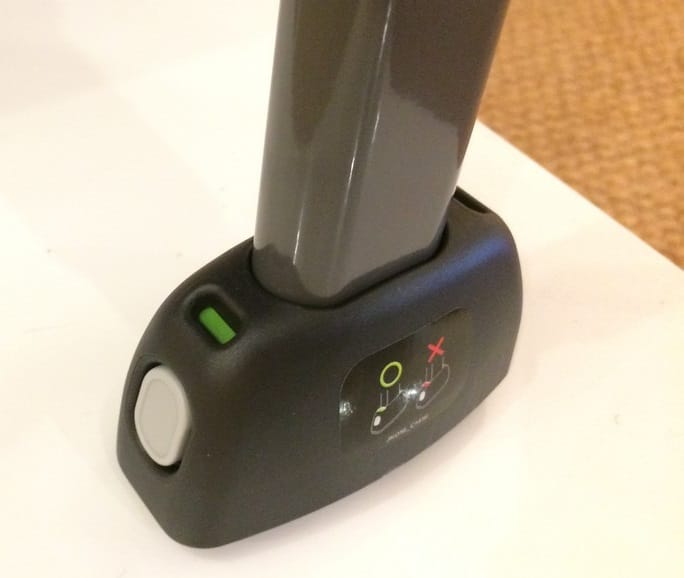 Compatible with most cars with ISOfix installation points, the Joie Spin 360 Car Seat is suitable for use from birth to 18kg (approximately 0-4 years). 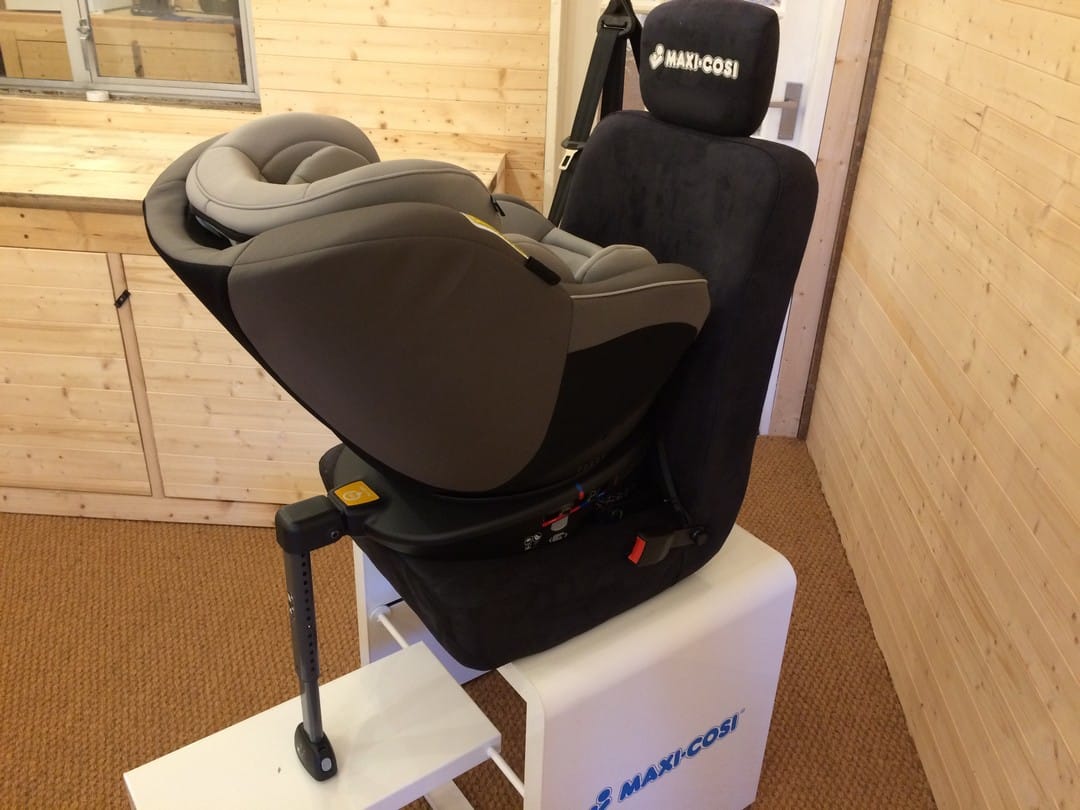 When your little one is rear-facing, the Britax Back Seat Mirror lets you to keep an eye on them when you could otherwise not see. The Britax Car Sun Shade is also a great accessory for keeping the sun out and for creating a darker sleeping environment.