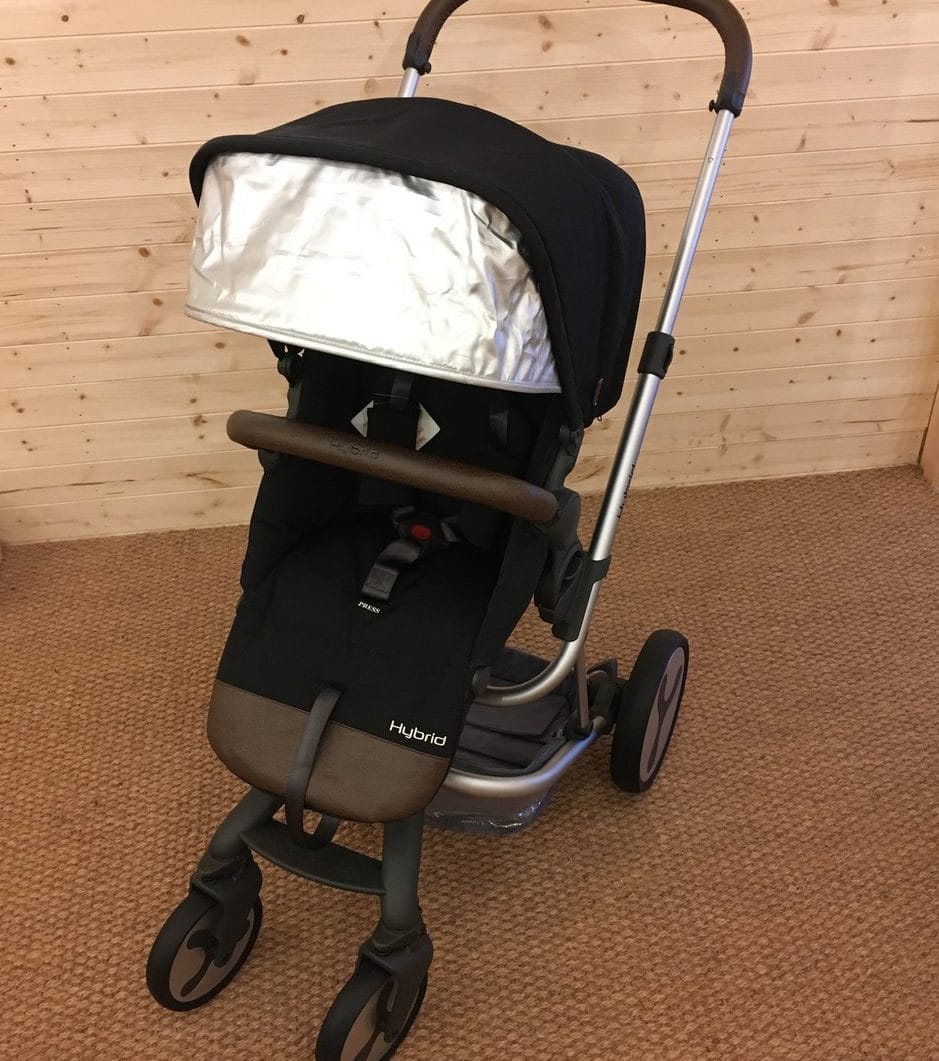 When set up in Edge mode, the Baby Style Hybrid Edge Pushchair is sleek and versatile. It has a high seat unit with a reversible seat frame meaning this can be a forward or rearward facing pushchair.
The large Edge wheels have PU puncture resistant tyres. The wheels swivel and are lockable with a quick release system.
The basket is extendable and the BabyStyle Hybrid Edge Pushchair has an innovative one pull harness system. There is a protective UV sunshade and net. 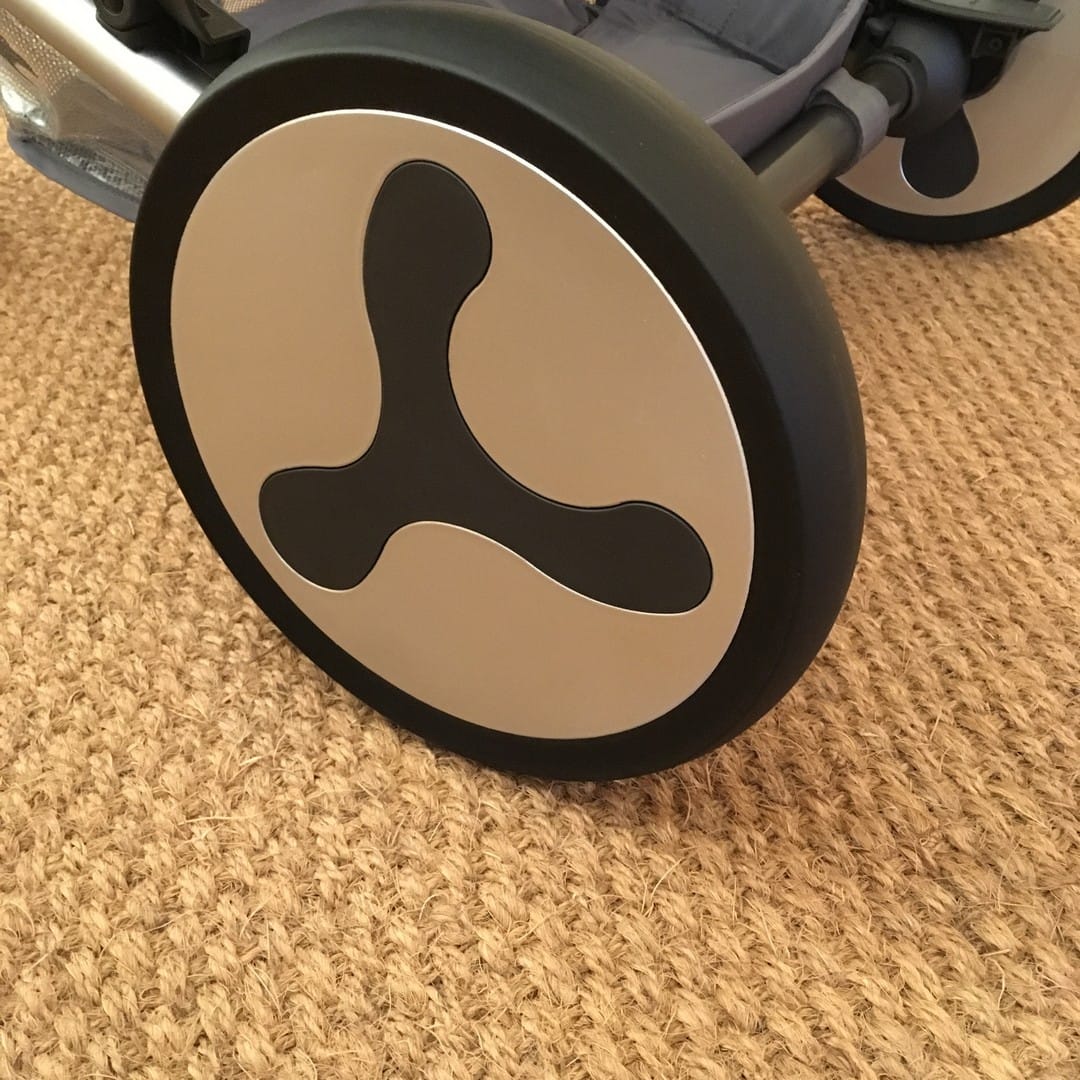 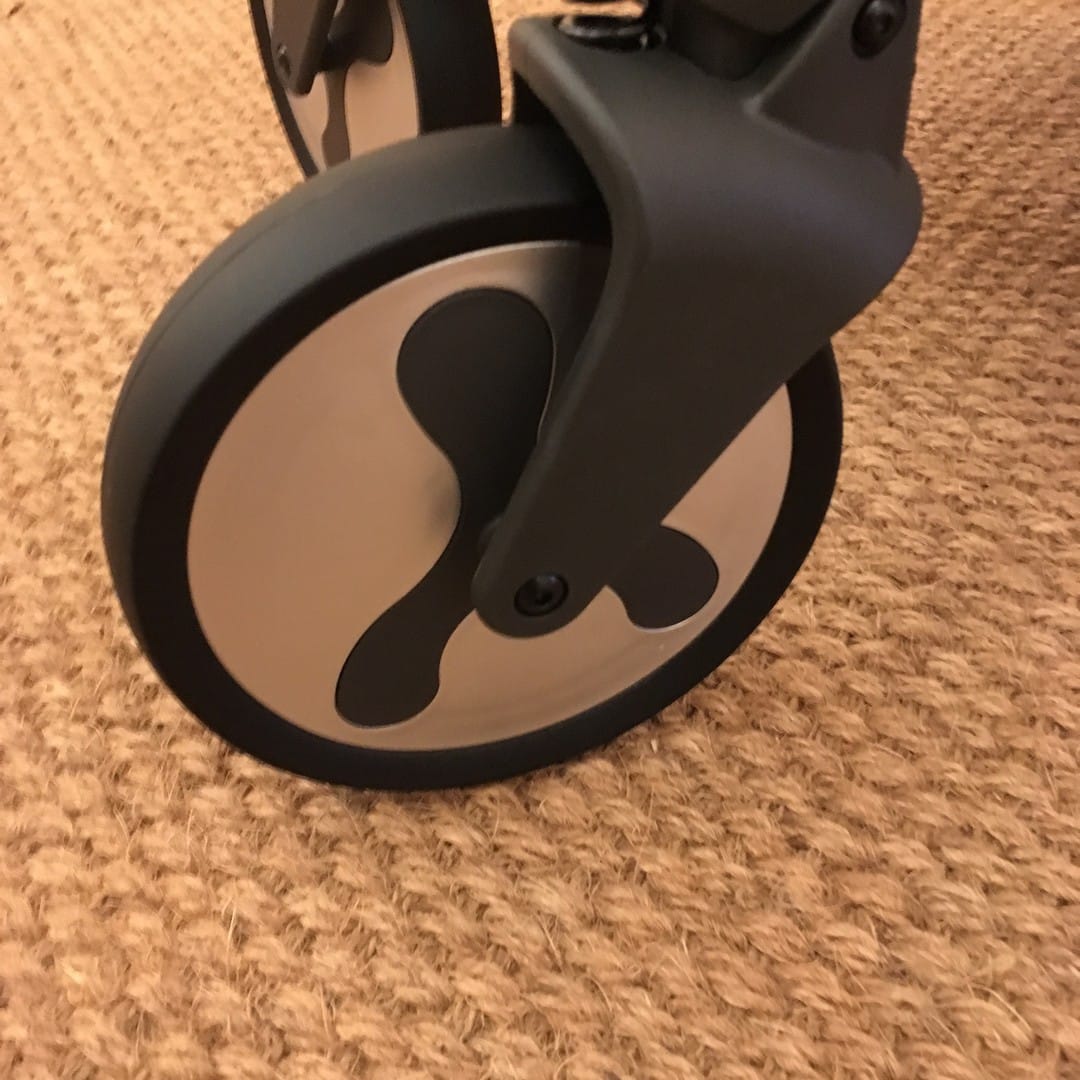 When set up in City mode, the BabyStyle Hybrid City Pushchair is highly manoeuvrable as it has been designed for urban environments. The size has been carefully minimised to make moving around the city as easy as possible. With this in mind, the rear wheels measure just 55cm wide.  All of the same features of Edge mode including an extendable storage basket, adjustable footrest for comfort and a leatherette handle and bumper bar. All this but a bit smaller to fit in perfectly with city life.

You can easily convert the Hybrid Edge and Hybrid City into the Hybrid Tandem. This is great for growing families. Rather than having to buy a new pushchair, you can simply add the Hybrid Tandem Axle and Seat Unit (sold separately) and you have a pushchair suitable for 2! 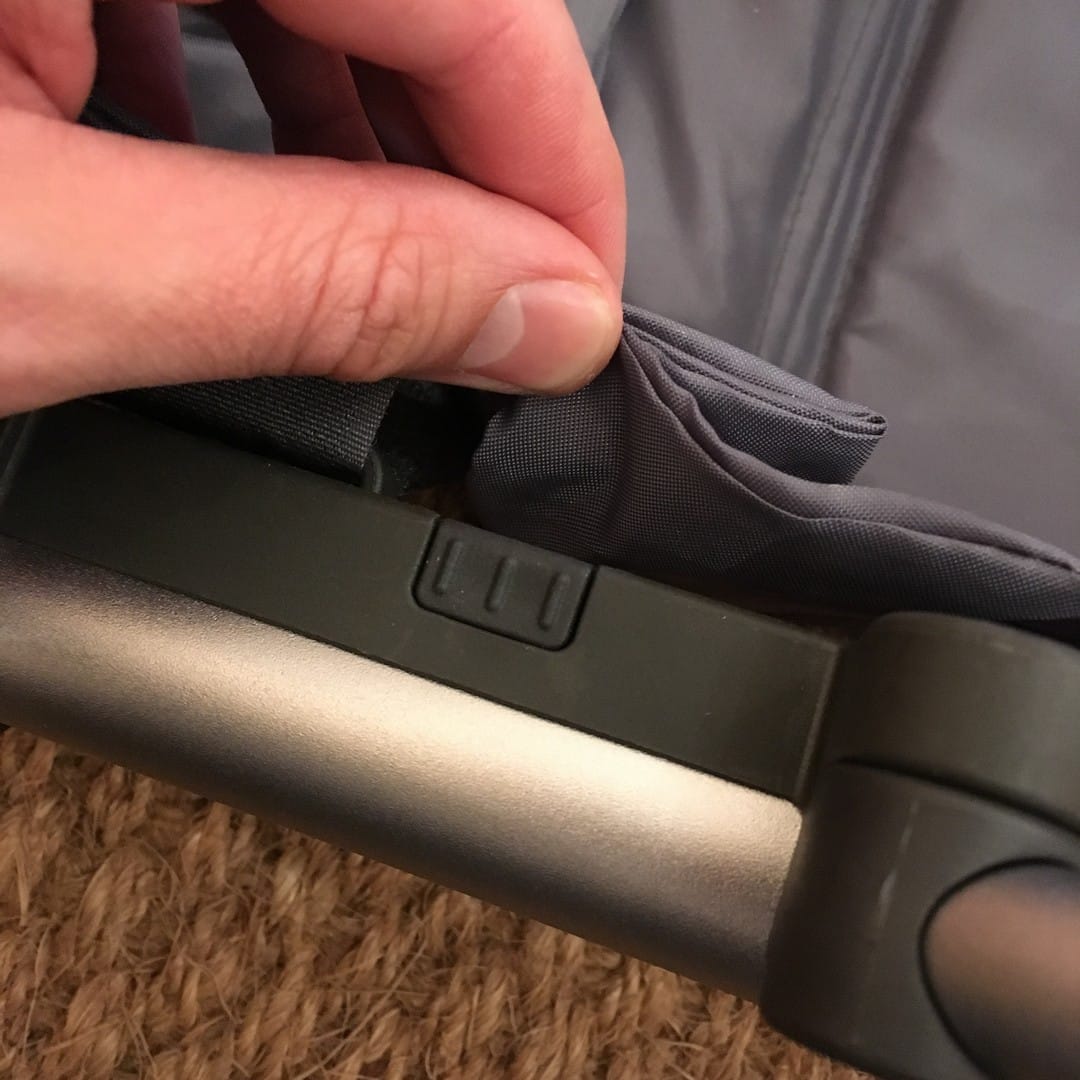 The BabyStyle Hybrid Pushchair is great for families who want a lightweight, sleek and modern pushchair with the ability to adapt to their needs and environment. The Hybrid ticks all of the boxes when it comes to being adaptable. It can turn from a single pushchair into a city dwelling, manoeuvrable pushchair easily. If your family continues to grow – the Hybrid can turn into a tandem pushchair meaning the smallest members of your family can travel together with reduced cost.

There are a number of accessories available for you to customise your Hybrid Pushchair including: